Royal Lady Knights, a local sorority, serves as both a service and a social organization, the largest of its kind, at SUNY Geneseo. The women of RLK are active members of the college campus as well as the community. On October 17, 1989, 20 women held a meeting in Erie Hall. This was the first meeting of the soon-to-be Royal Lady Knights. After many different names, the Royal Lady Knights was chosen and kept. “Come as you are” was decided as not just the motto but also the foundation of the organization. On February 22, 1990, the Royal Lady Knights were officially recognized as a campus wide organization. Laura Wrubel was acquired as the advisor of RLK. On September 24, 1990, the first open meeting was held, approximately 70 people attended! During the first class orientation, the RLK dance was created and has been modified since. In the Spring of 2013, along with social service organizations such as MAC and SMAC, the Royal Lady Knights joined Inter-Greek Council were recognized as a local sorority at SUNY Geneseo. After about 22 years of service, 45 orientation classes, and over 725 girls later, RLK continues to celebrate and strives to grow with many more new members to come! 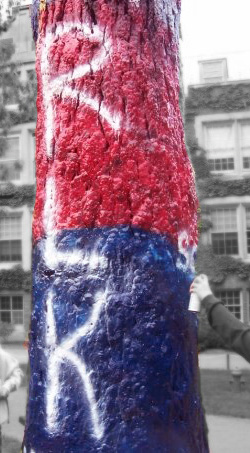